Everyone at Ink & Iron would like to inform the general public that after 28 years of organising the UK’s longest-running tattoo convention, we have finally decided to bow out on a high note. We have handed over the reins to the guys at UKTTA who will be announcing shortly the new tattoo convention in Birmingham for 2023.

UKTTA presents the “All New B’Ham Expo”, which will take place at the revamped New Bingley Hall for two days: Friday 21st April and Saturday 22nd April 2023. UKTTA will take the show to new heights in England’s second city.

UKTTA will be taking the show away from the biking fraternity by providing a great tattoo show with amazing artists from international levels around the world; and to you, the tattoo lover alike.

We at Ink and Iron will be doing what we love best, organising and concentrating on a new custom, classic, and hot rod show offering the UK’s highest prize money to draw in the multi-wheeled spectrum from across the UK.

We would like to express our sincere gratitude to all the absolutely amazing tattoo artists who graced our halls since the old days in 1994 at the Aston Villa Leisure Centre, moving on to the Carling Academy in the heart of Birmingham’s city centre (with its memorable sticky carpets and gruesome suspension shows), then over to the Tower Ballroom and finally to its present home at The New Bingley Hall in Hockley.

We have had the pleasure of watching you all grow in both the magazines and your own studios nurturing the younger talented guys and girls that have now risen to the stardom the old-school tattooists once embellished. The levels of tattooing have risen to higher than anyone could of imagined back in the nineties and it’s an absolute pleasure to witness this phenomenon.

Thank you to all the traders that have brought their beautiful crafts, jewellery, taxidermy, t-shirts, and eclectic mix of trades and produce (too much to list).

Thank you to our stage crews, P.A teams, electricians, D.J.s, Compere’s, First Aiders, Clinical Waste collectors, shell scheme providers/erectors, and all the people you do not see in setting up such a vast exhibition as ours.

Thank you to all of our judges that have had to sift through tens of thousands of tattoos over the 28 years and endure moans and gripes along with all the happy faces of the winners of our tattoo competition.

Thank you to the wonderful artists who made our trophies throughout the years: gold plated Kev Shercliff tattoo machines of the old days to a sculptured effigy of our original Ink & Iron skeleton holding a tattoo machine on a motorcycle by the maestro himself Rob Bowers.

Thank you to the Body paint team who walked the stage over the last six years and gave you the patron a delightful eyeful.

Thank you to the magazines who worked with us over the years from the once young guys at Skin Deep magazine, moving onto Total Tattoo magazine, Tattoo Revolution, Back Street Heroes, and all the custom magazines we were advertised in. We thank you all for the recognition you gave us with your articles and four-and-six-page spreads.

And nearly last but by far not the least to DADO who came to us in 1993 with the idea of a tattoo convention, something none of us knew fuck all about and worked with us until the present day. Cheers mate.

Thank you to Lads from AOA Birmingham and AOA Tamworth for all the work in the organising, building the show-up, and the super-efficient take down so we can get back to the clubhouse bar and do something we also excel at (partyyyyy).

This really is an end of an ERA for us.

Thank you and Goodbye for now. 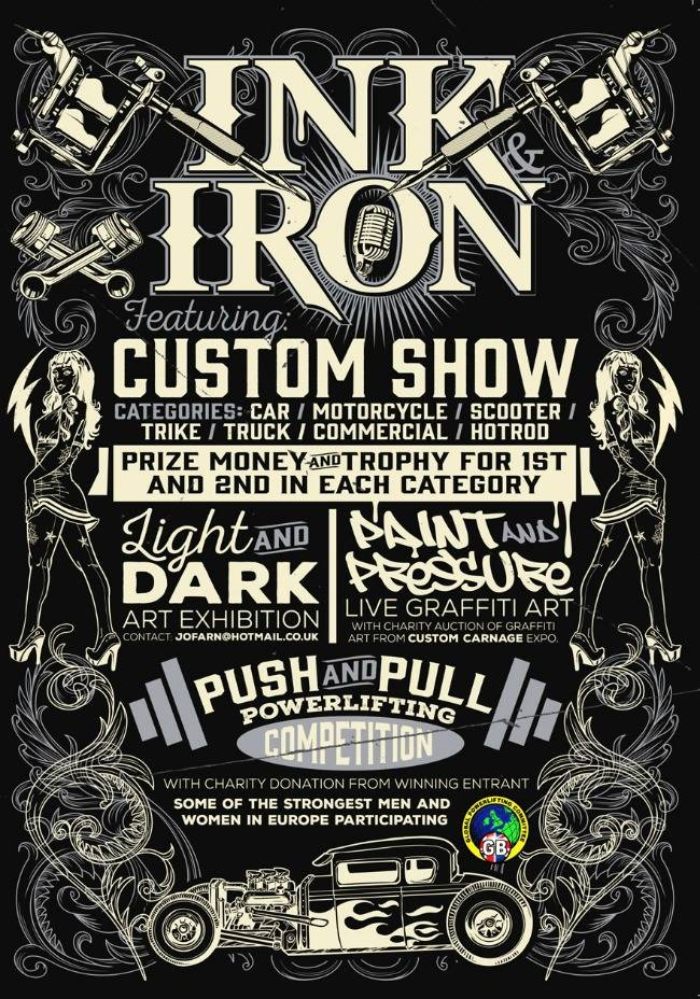 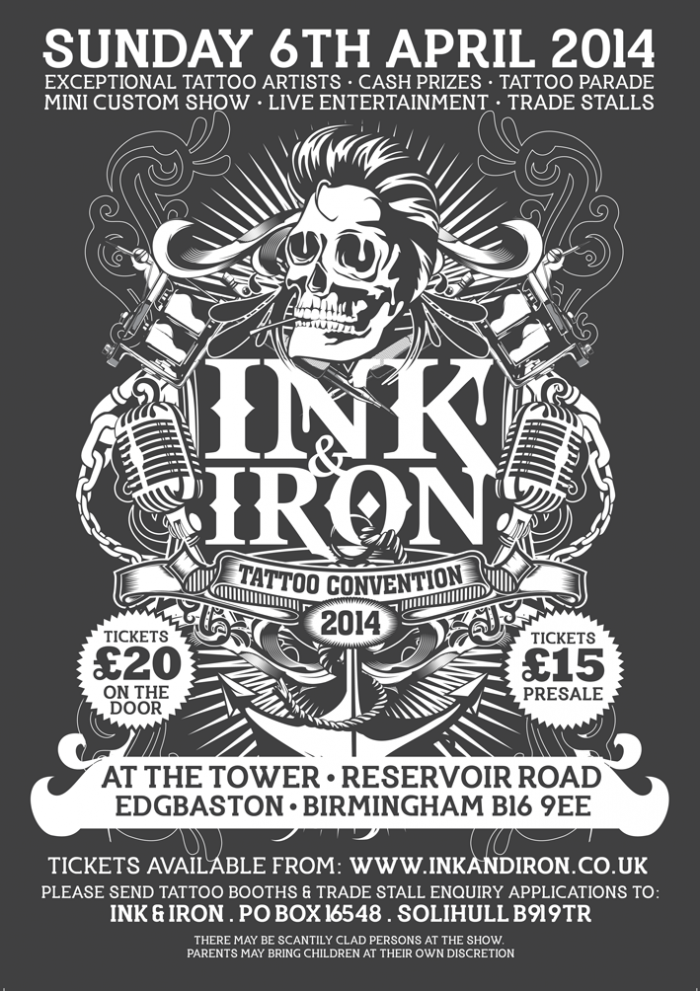